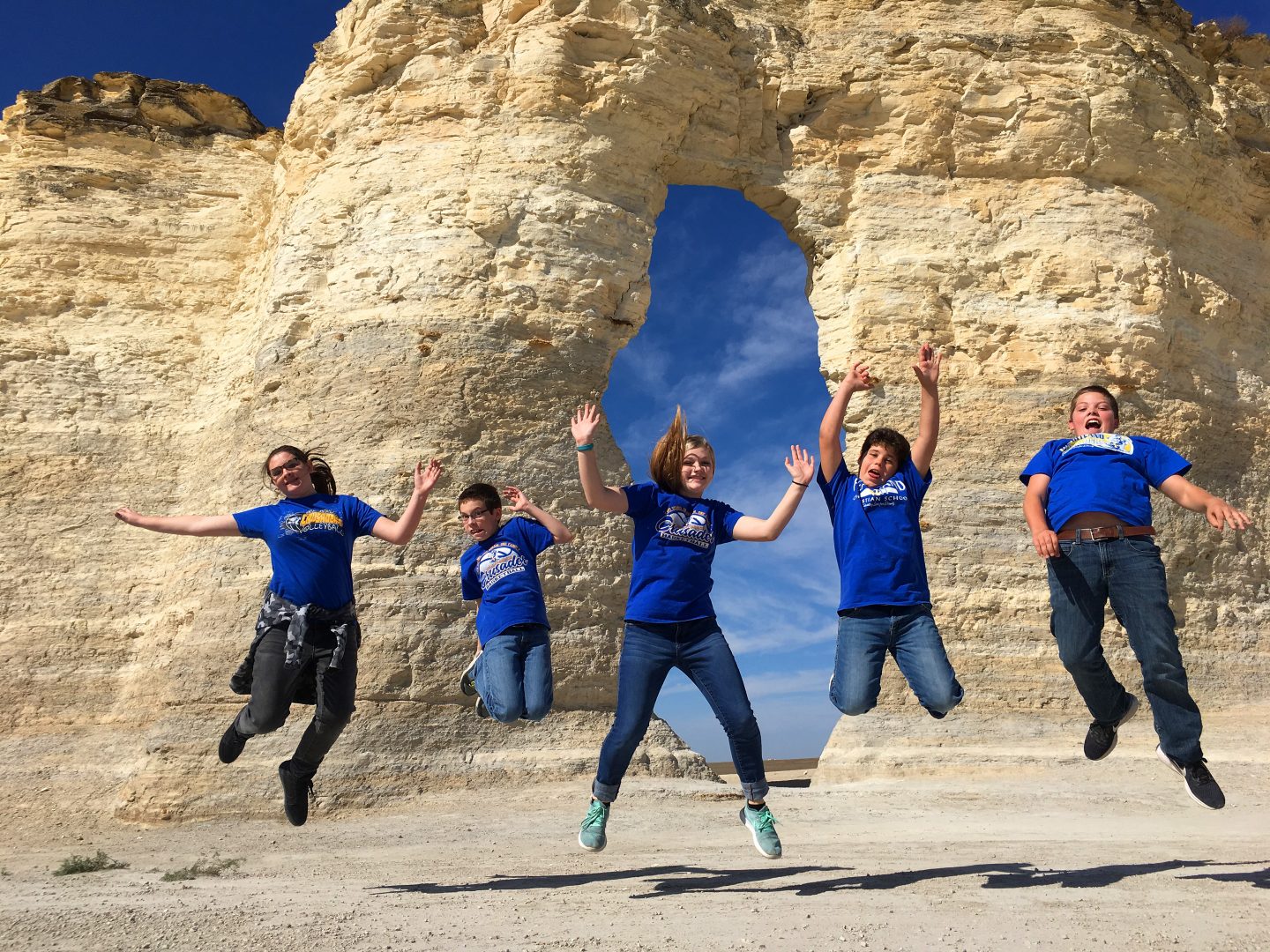 Something’s a little off along Interstate 70 in Kansas–a bit askew. Picture a slightly mad witch flying across the plains on her broomstick, throwing magical pixie dust hither and dither, and you will get the idea. From the odd to the offbeat to the bizarre, here are five of the best places to experience quirky Kansas. 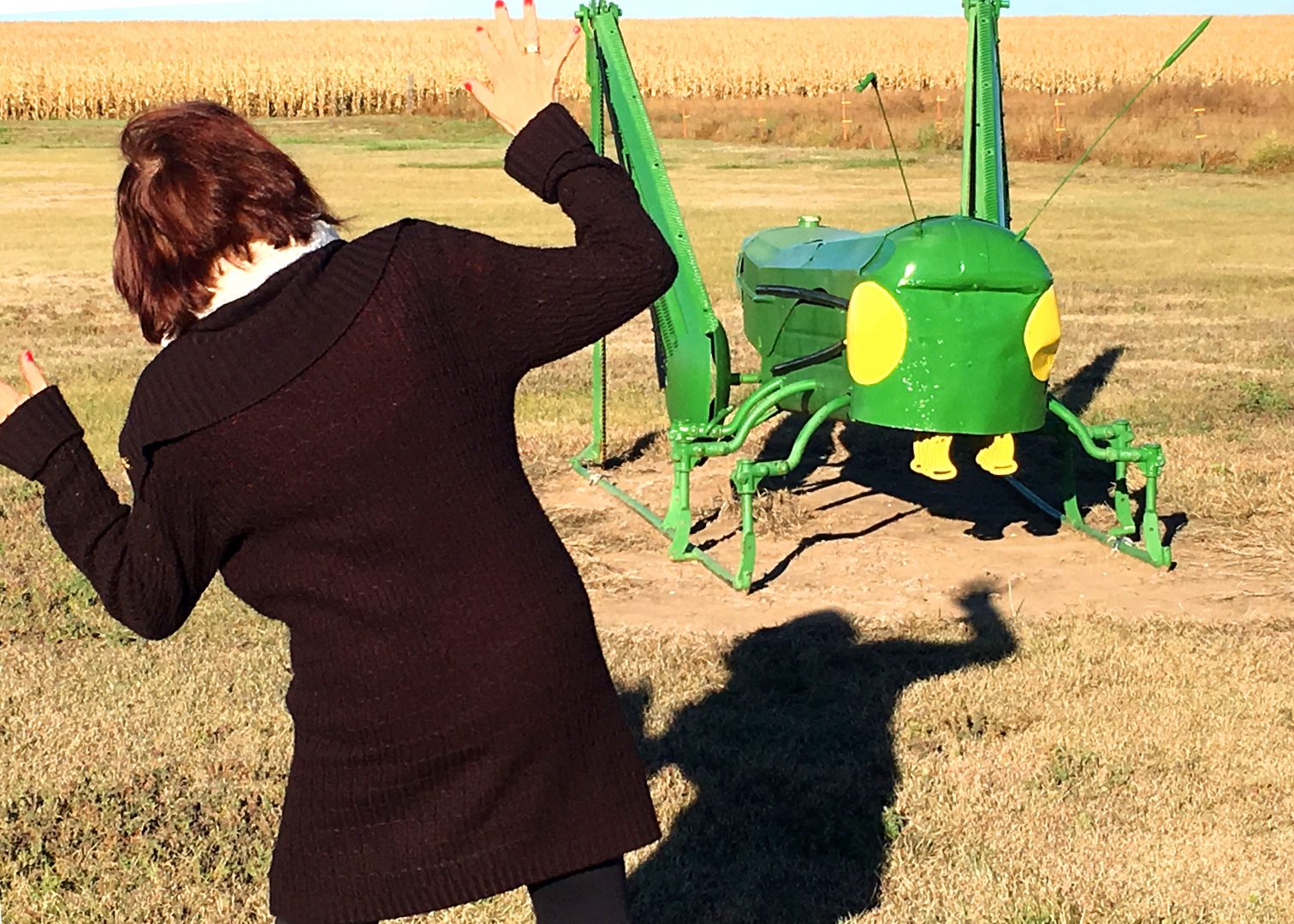 Start your wacky journey just east of the Colorado border in Goodland. Make your way to Commerce Road (Highway 27), between Sherman County Road 67 and 68, just past the 3 grain silos on your left, to find a giant 9’ x 4’ green and yellow grasshopper. No, locusts didn’t invade, just a piece of sculpture art by Lloyd Harden. He also created an adjacent Caribbean scene for a photo op. 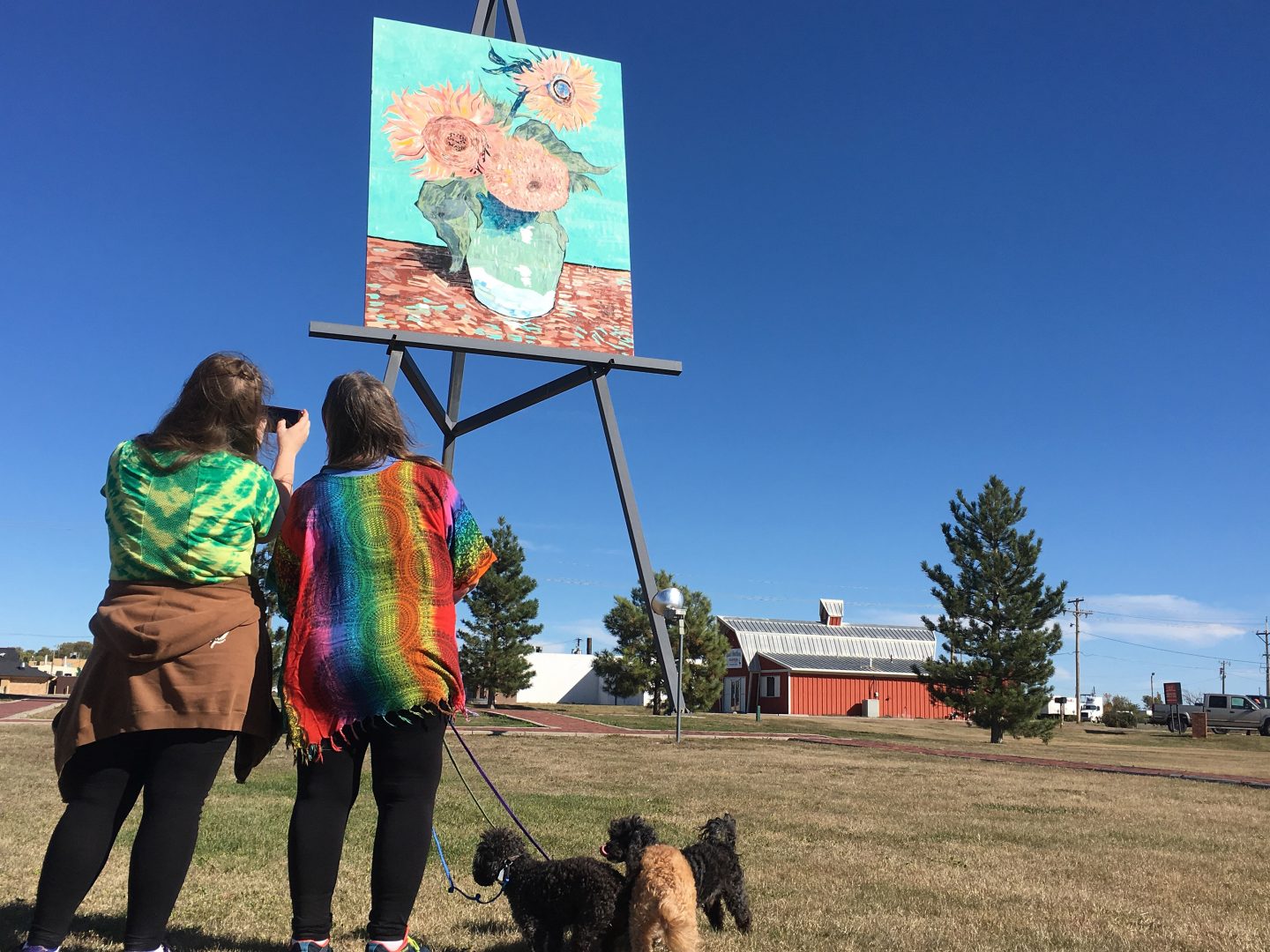 If you are a big lover of the arts, take your passion to new heights with the 80 foot painting at Pioneer Park. This enormous replica of Van Gogh’s Sunflowers in a Vase was painted by Cameron Cross to honor Goodland’s sunflower production. This is the Sunflower State after all.

At the High Plains Museum, you will see The Kansas Flying Machine. Never heard of it? Perhaps you will know it by its other name—the helicopter. This was the first patented working prototype in America, but the maiden flight didn’t go very well. One account said it lifted off with the grace of a crippled praying mantis and then crashed into a silo. 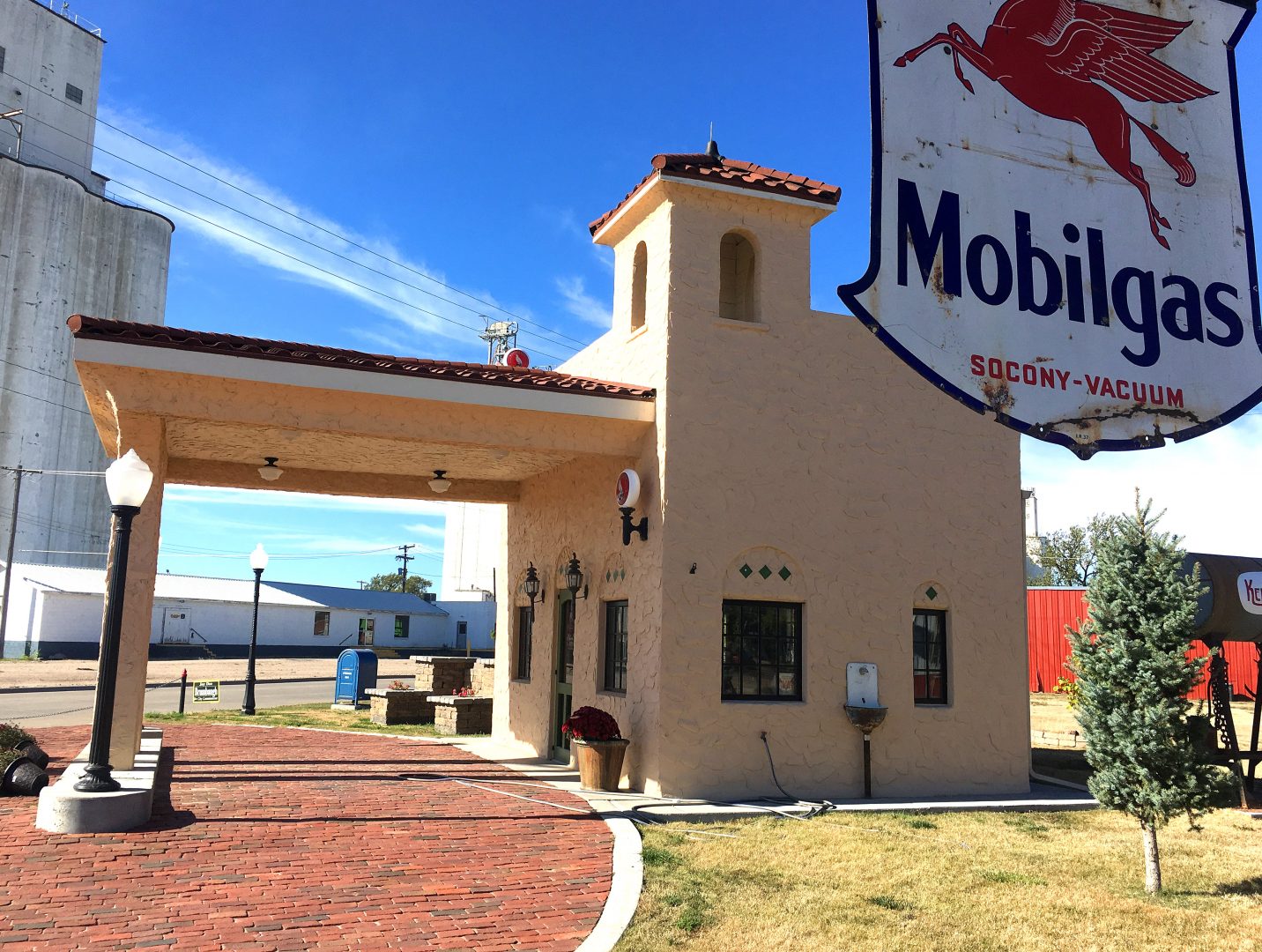 Travel back in time to see how people filled up back in the day at the White Eagle Gas Station. Take a peek into the windows of this meticulously restored building on 17th Street. 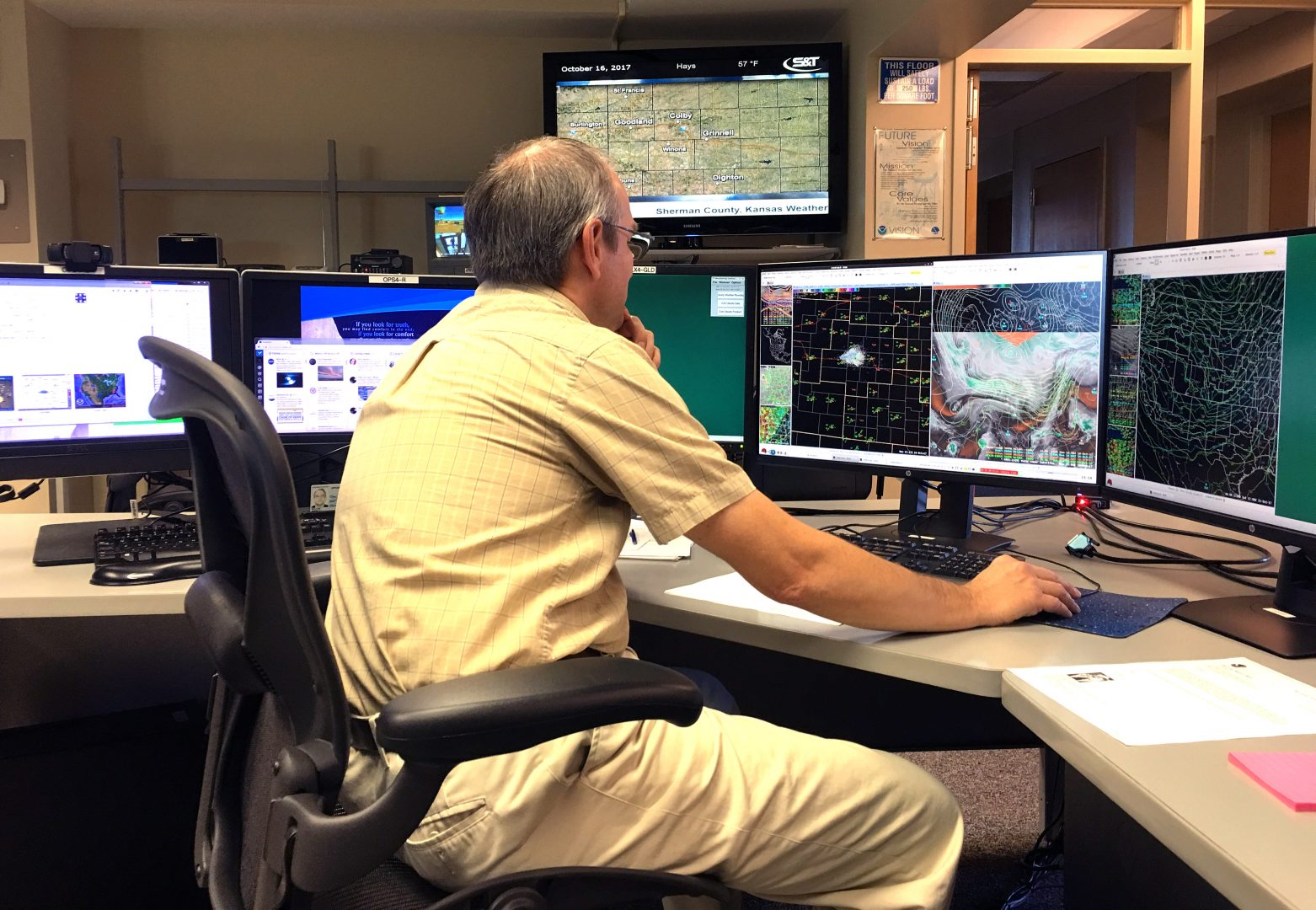 Call ahead to schedule a tour at the National Weather Service and learn about the weather; including when a huge tornado hit Goodland. Then, enjoy a grand evening at the restored 1928 Sherman Theatre.

Speaking of odd, check out the sculpture of the American Doughboy at the city office on Hudson Avenue in Oakley. The sculptor, Ernest Moore “Dick” Viquesney, had hoped to place one in every state but only made it to 39. The inscription reads that World War I ended in 1920 rather than 1918, and no one knows why. 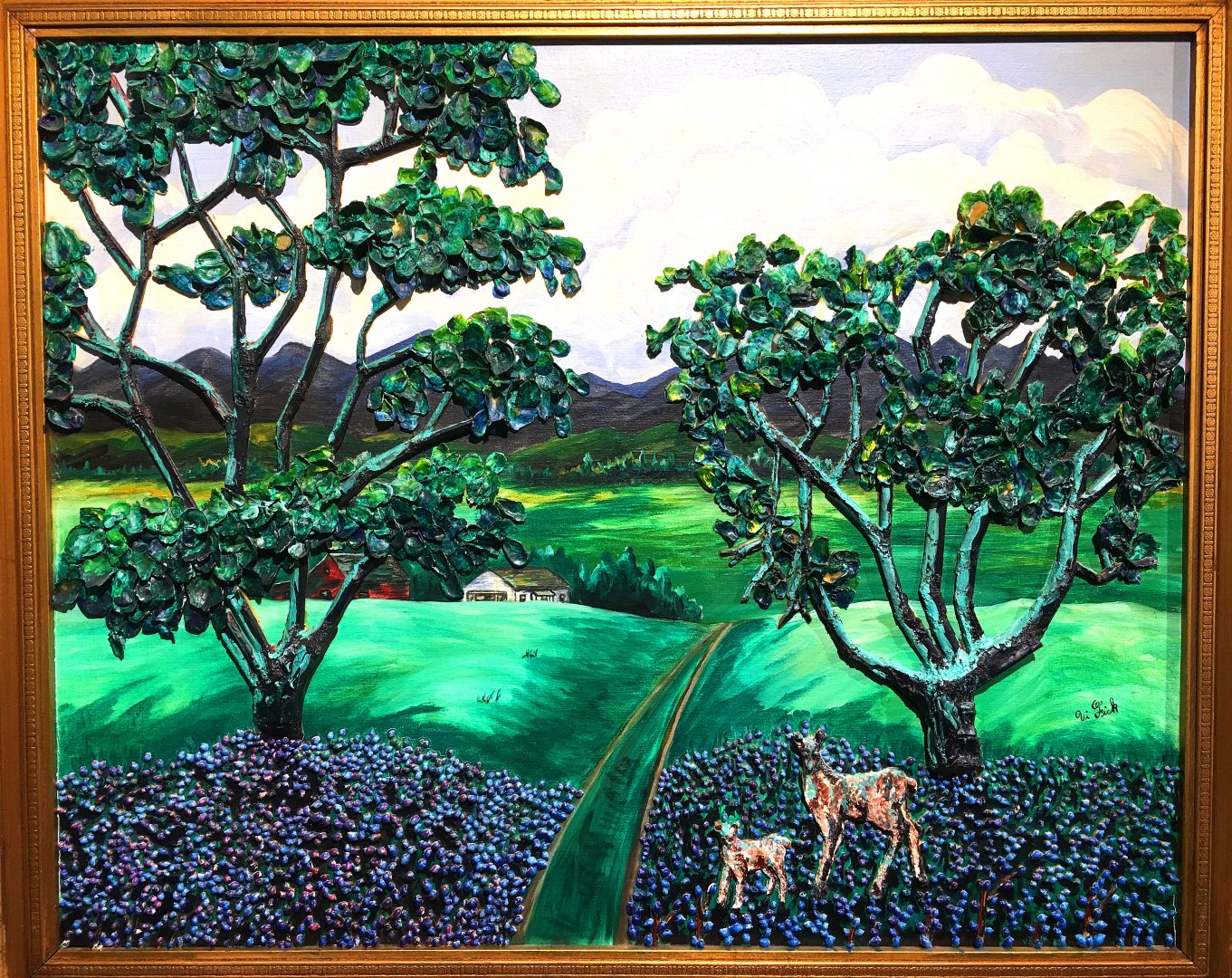 At the Fick Fossil Museum, you will learn about the history of Logan County. What’s unusual is that many of the art paintings are made from sharks’ teeth and fossils that were found in the vicinity of the Fick family’s property. 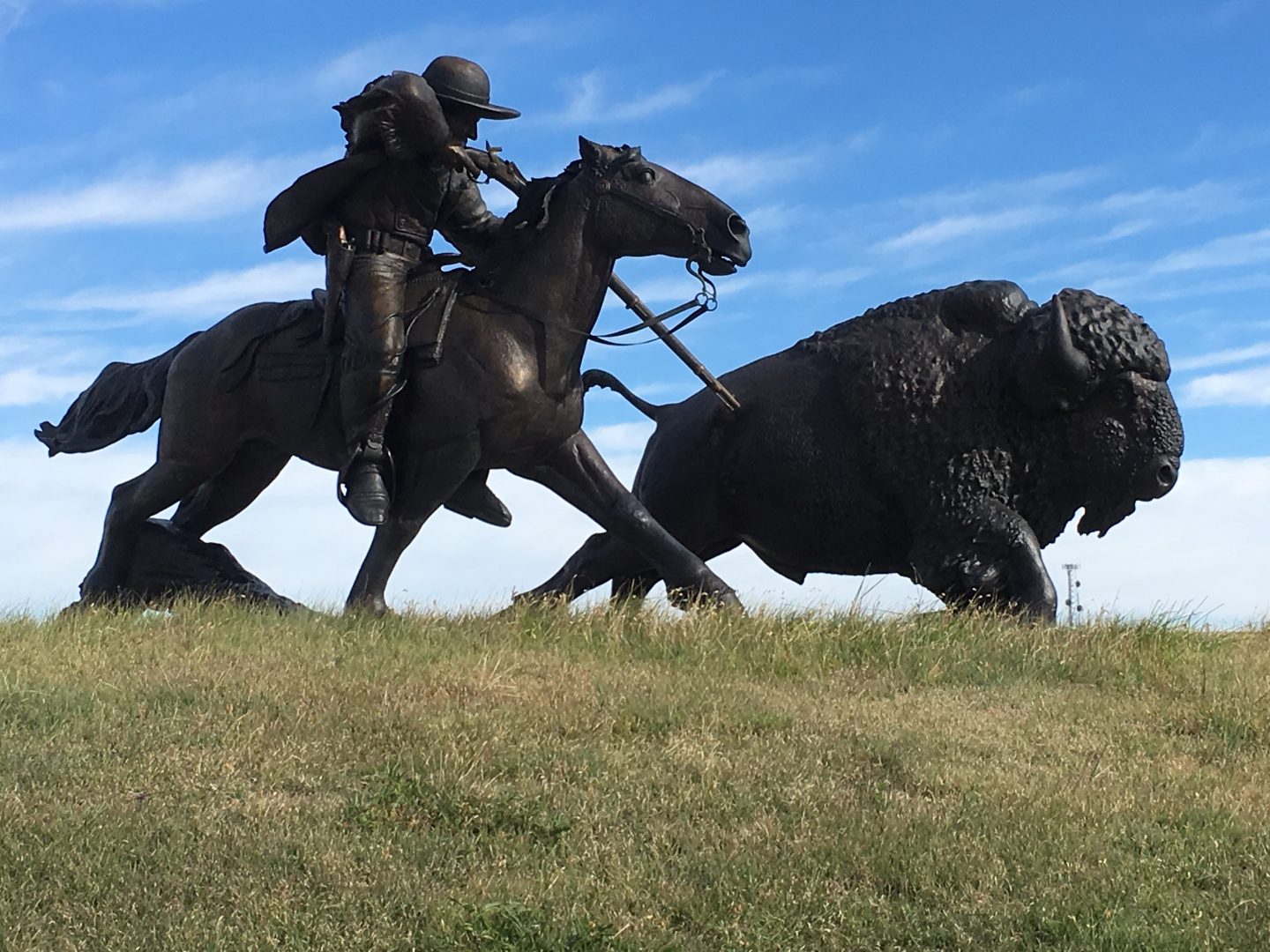 One of the county’s former residents was William Buffalo Bill Cody. He earned that title from a contest he had with the scout William Comstock. Today, Cody is immortalized with his rifle in the form of a 16-foot tall sculpture atop his horse chasing a 9,000 pound buffalo at the Buffalo Bill Cultural Center.

Plan on a 45-minute drive to your next oddity known as Monument and Castle Rocks. These large, eroded chalk-type structures stand out on the flat plains like mythical monoliths. Listed as one of the 8 Wonders of Kansas, these dual attractions are truly amazing anomalies and photo worthy.

After enjoying a sumptuous breakfast where the locals congregate at Meridy’s, take a drive to the Post Rock Scenic Byway towards the town of Lucas in Russell County. Along the way, you will see buildings and fence posts made from limestone by the early pioneers who didn’t have access to wood on the treeless plains. 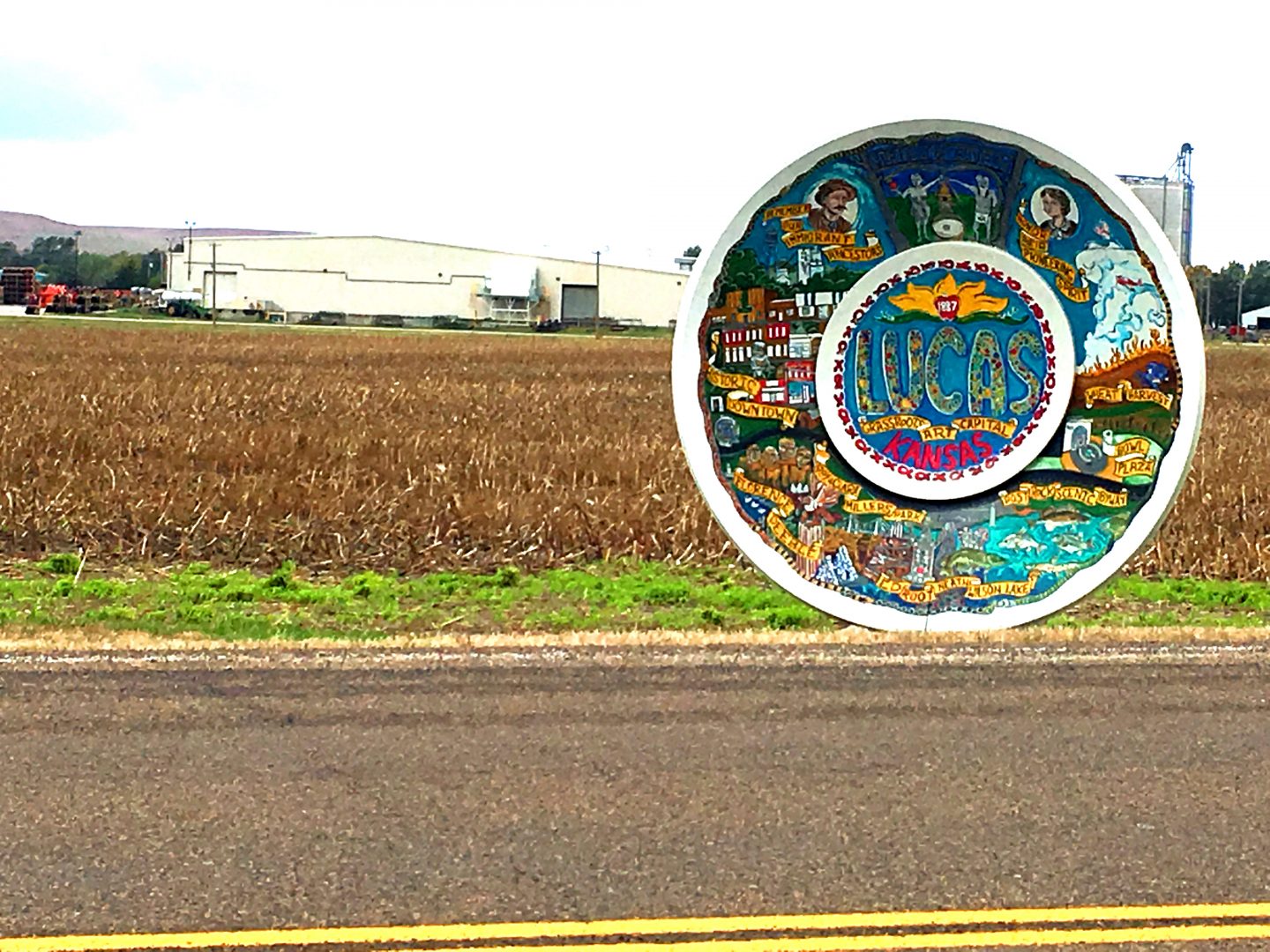 Continue driving into Lucas and you will see the world’s largest souvenir plate along the side of the road. In town, you will find the second best public restroom in America and certainly the most artistic. Inside is pure artistic fun adorned with all manner of toys, colorful tiles, teacups, and, of course, a pristine throne. Yes, this isn’t your usual toilet art, and as you saunter up, you will see the lid and bowl are actually part of the architecture. 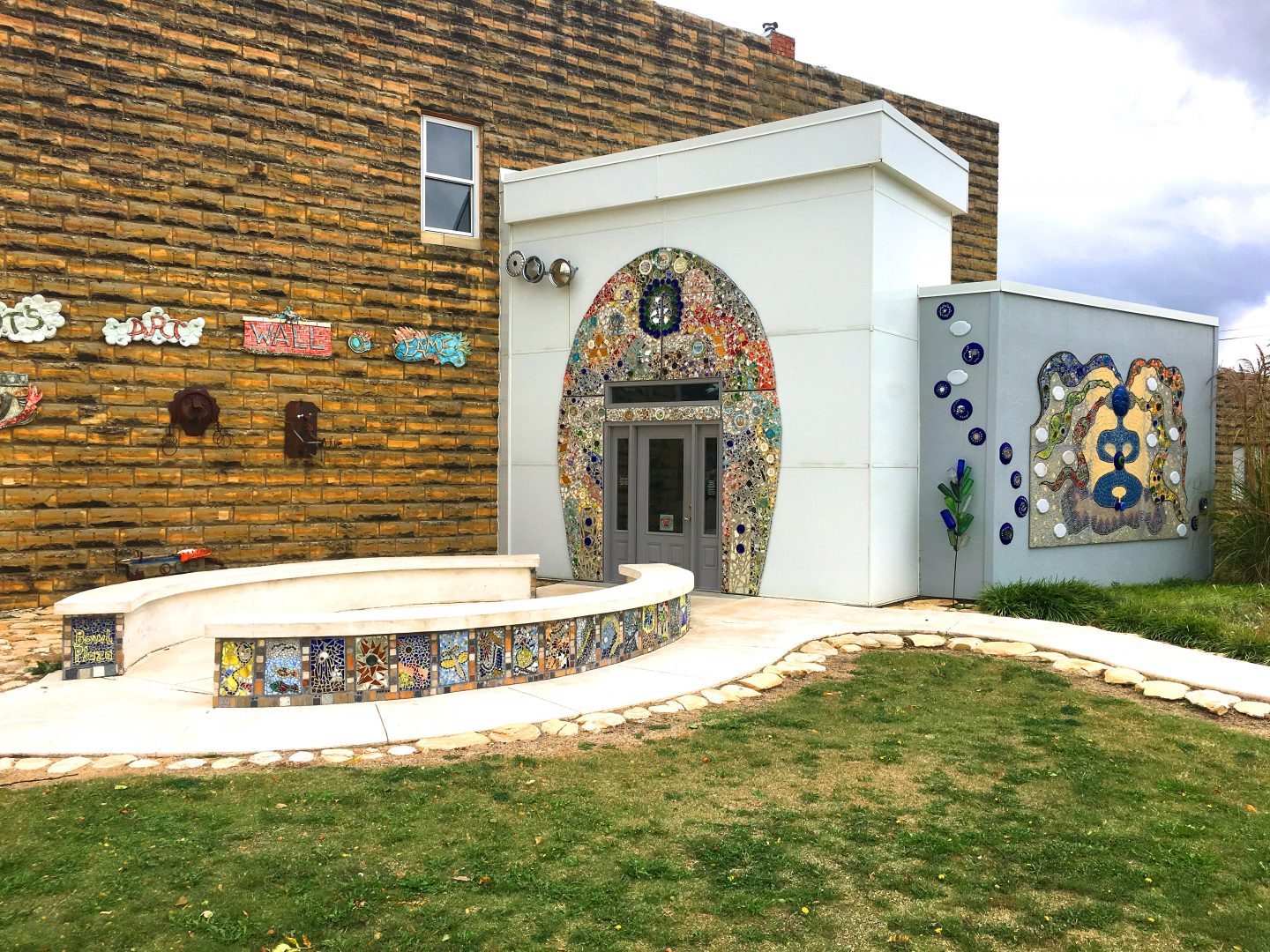 For what might be considered the granddaddy of all roadside attractions, head to The Garden of Eden in Lucas. Self-taught (and some would say eccentric) artist Samuel P. Dinsmoor carved out his own version of political art in concrete starting in 1904. Scoundrels, grafters of society, and a Goddess of Liberty all tower over the property, which is available for tours. If this isn’t enough strangeness, you can also view Dinsmoor’s body in his own mausoleum. 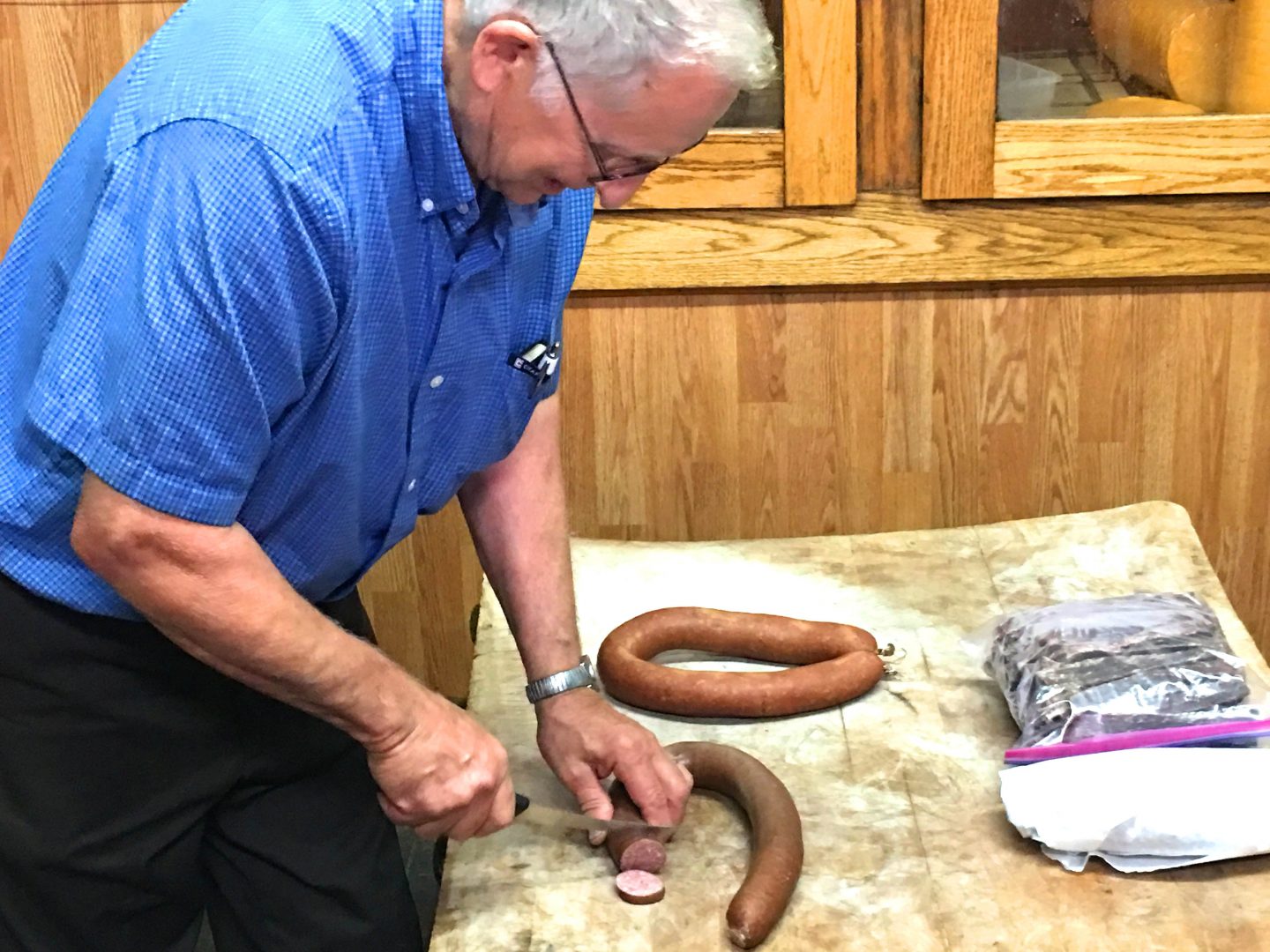 Before you leave Lucas, visit the emporium of silliness (in the owner’s words), Possumbilities, on Main Street and then enjoy homemade Czech bologna at Brant’s Meat Market, in operation for 95 years. 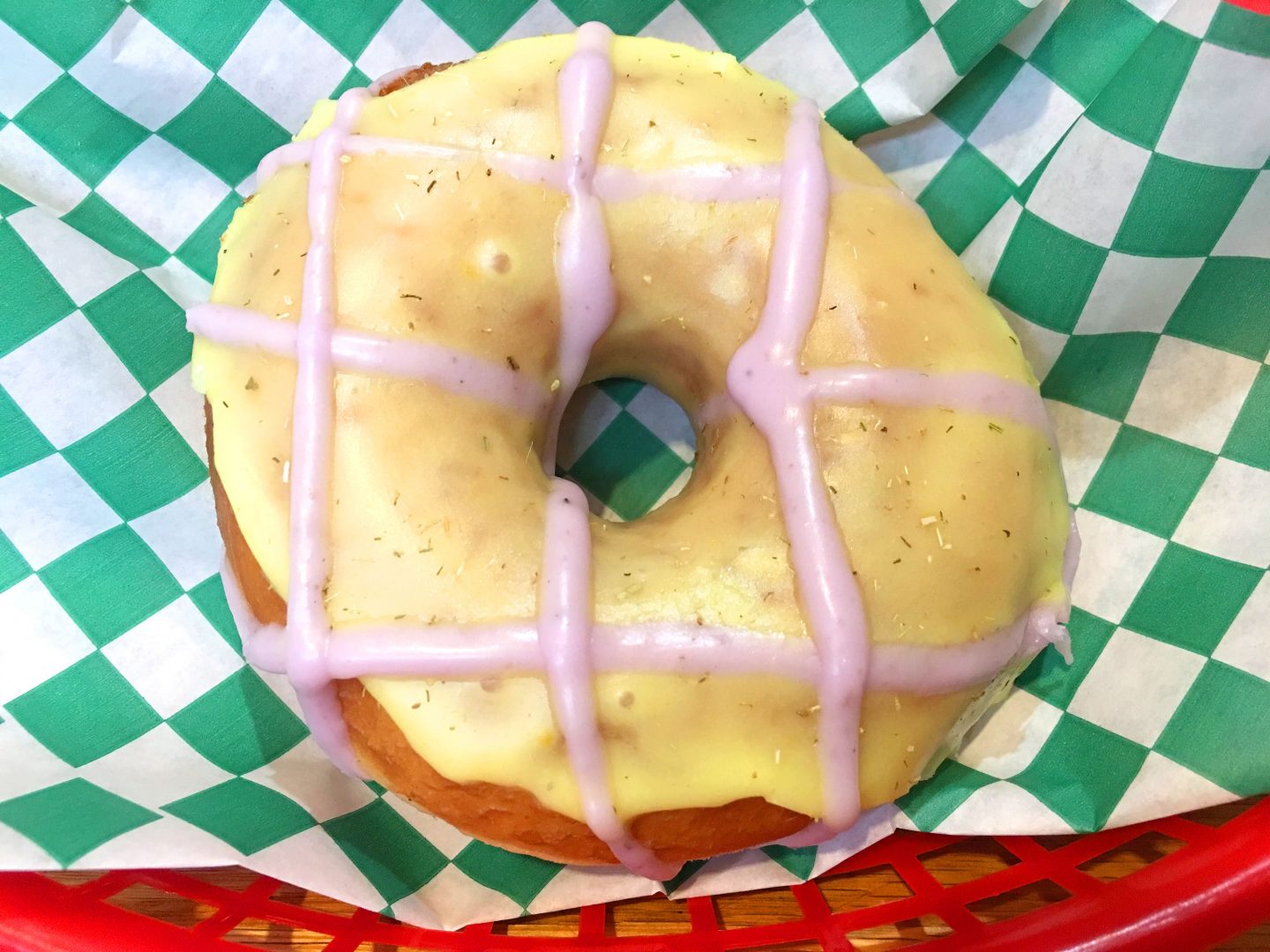 In Lawrence, start off at the popular Ladybird Diner. They have uniquely flavored donuts like Garden Party, made with lemon, chamomile, and lavender. 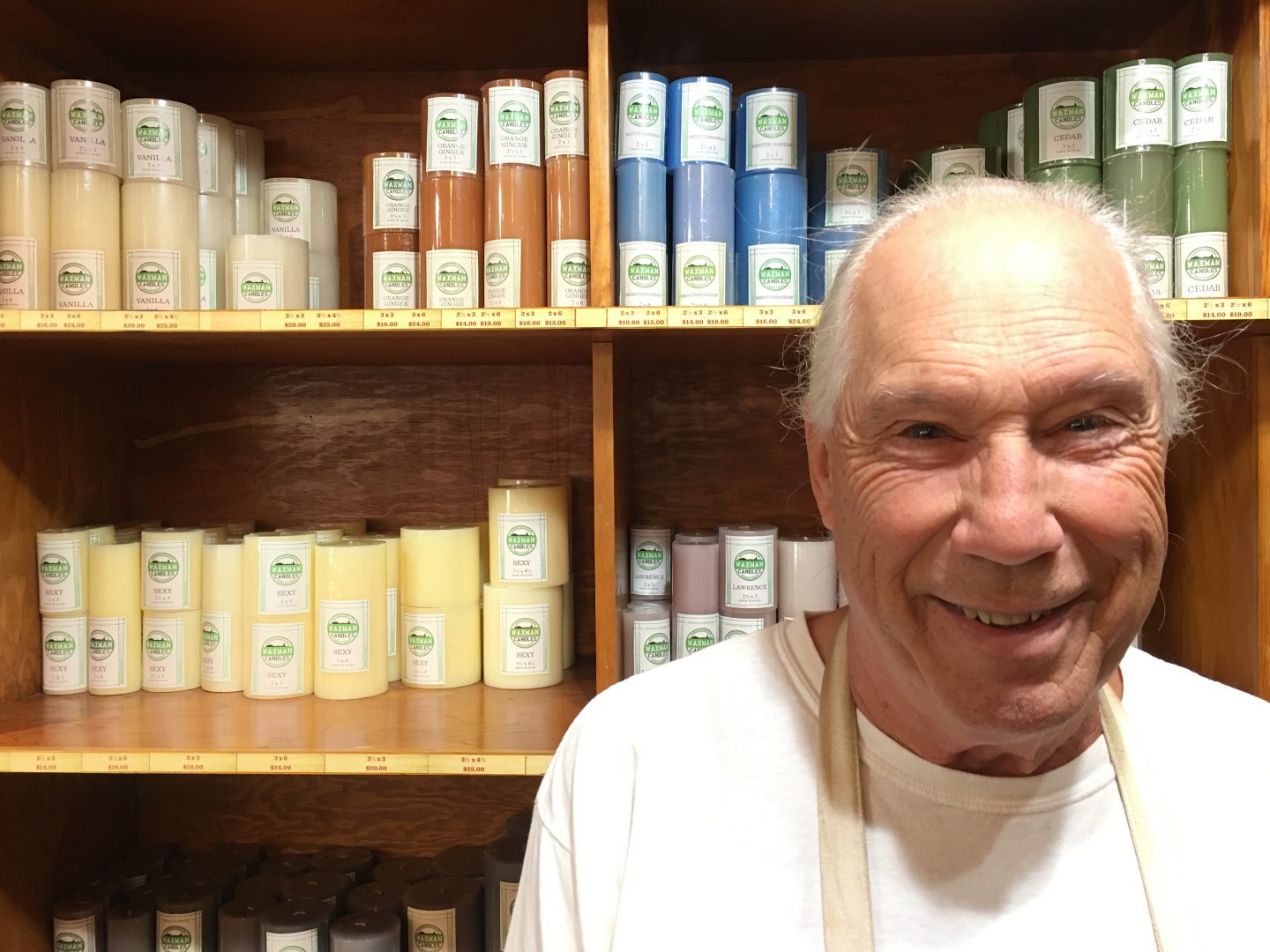 Waxman Candles is a family-run business where owner Bob Wertz has been using Old World craftsmanship for nearly 50 years. “Nobody does what we do, except in China,” says Bob. They use high-quality oils and fragrances, and others, well, just can’t hold a candle.

At Love Garden Sounds, browse their massive collection of CDs and vinyl records and meet their cats, Stuffin and Chardonnay, who have the run of the place. 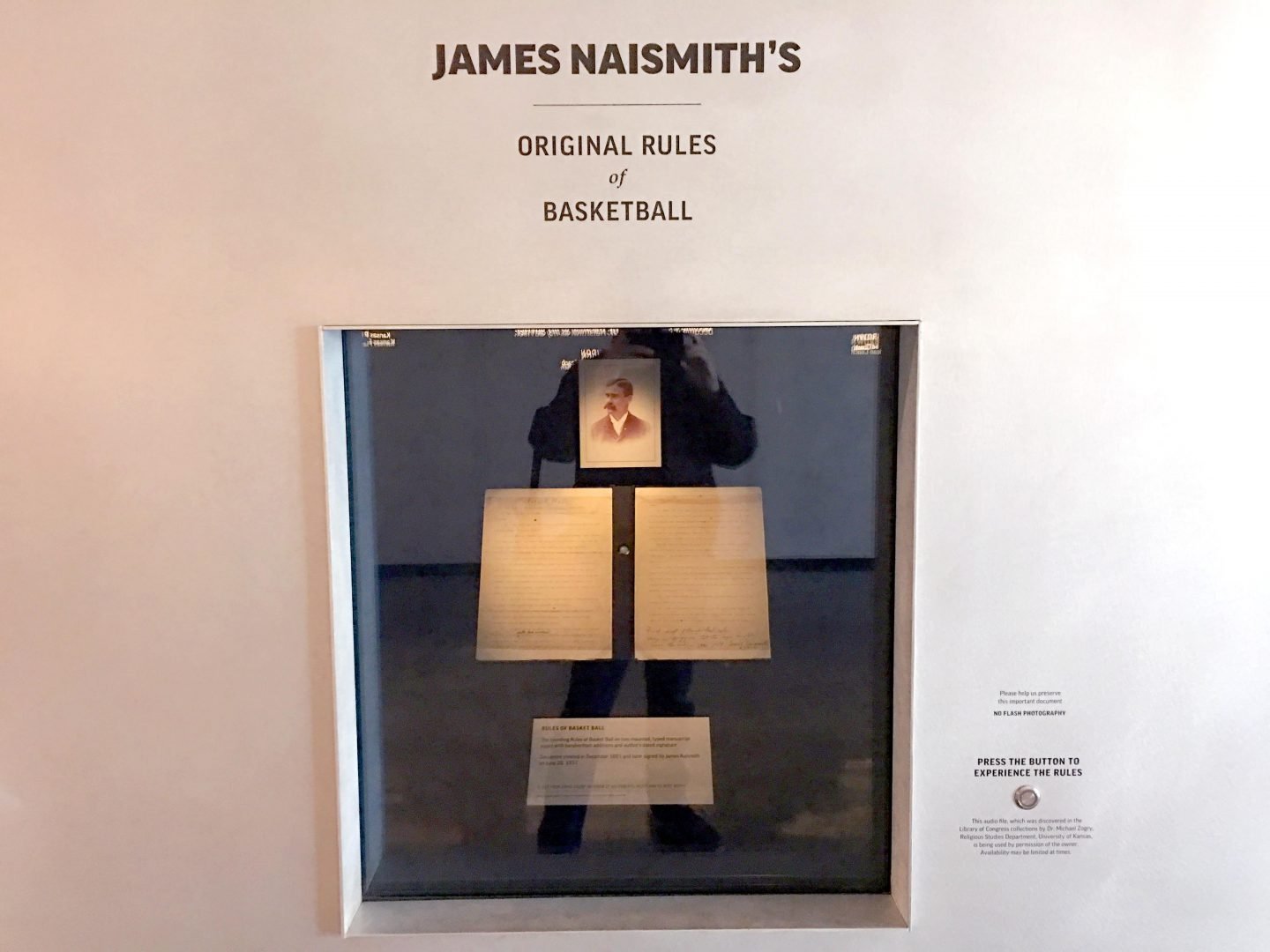 The Hotel Eldridge (known as the Free State Hotel in the 1800’s) was burned to the ground on opening day by Sheriff Jones and his band of ruffians in 1856. Today, guests have reported ghostly encounters in room 506 with Col. Eldridge himself. 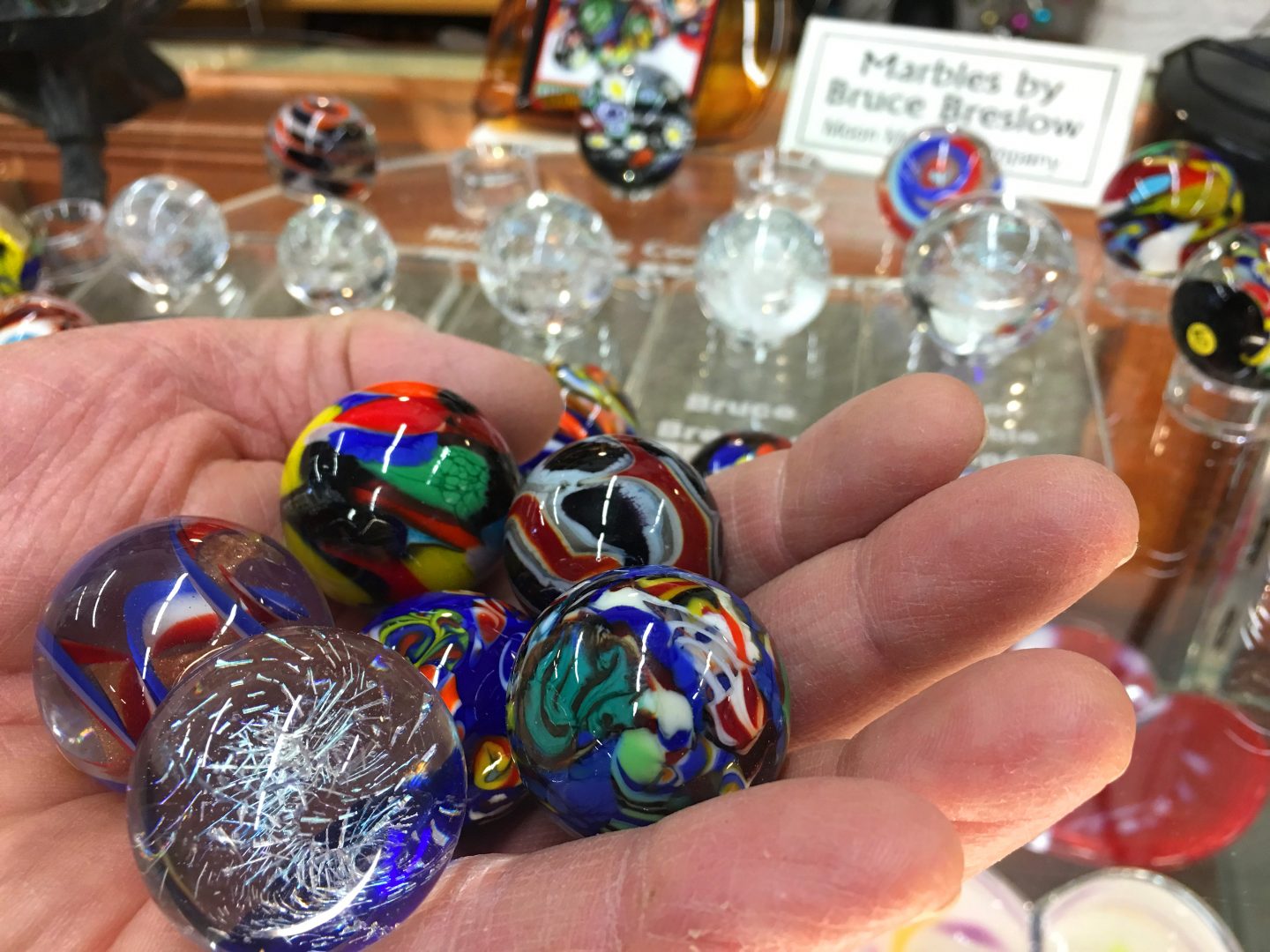 If, by now, you feel like you have lost your marbles from following the elusive witch’s path of creative pleasure, you can find them again at Moon Marble Company in Bonner Springs. Here, you will learn how marbles are made and can peruse their vast supply of one-of-a-kind marbles as well as games and knickknacks. 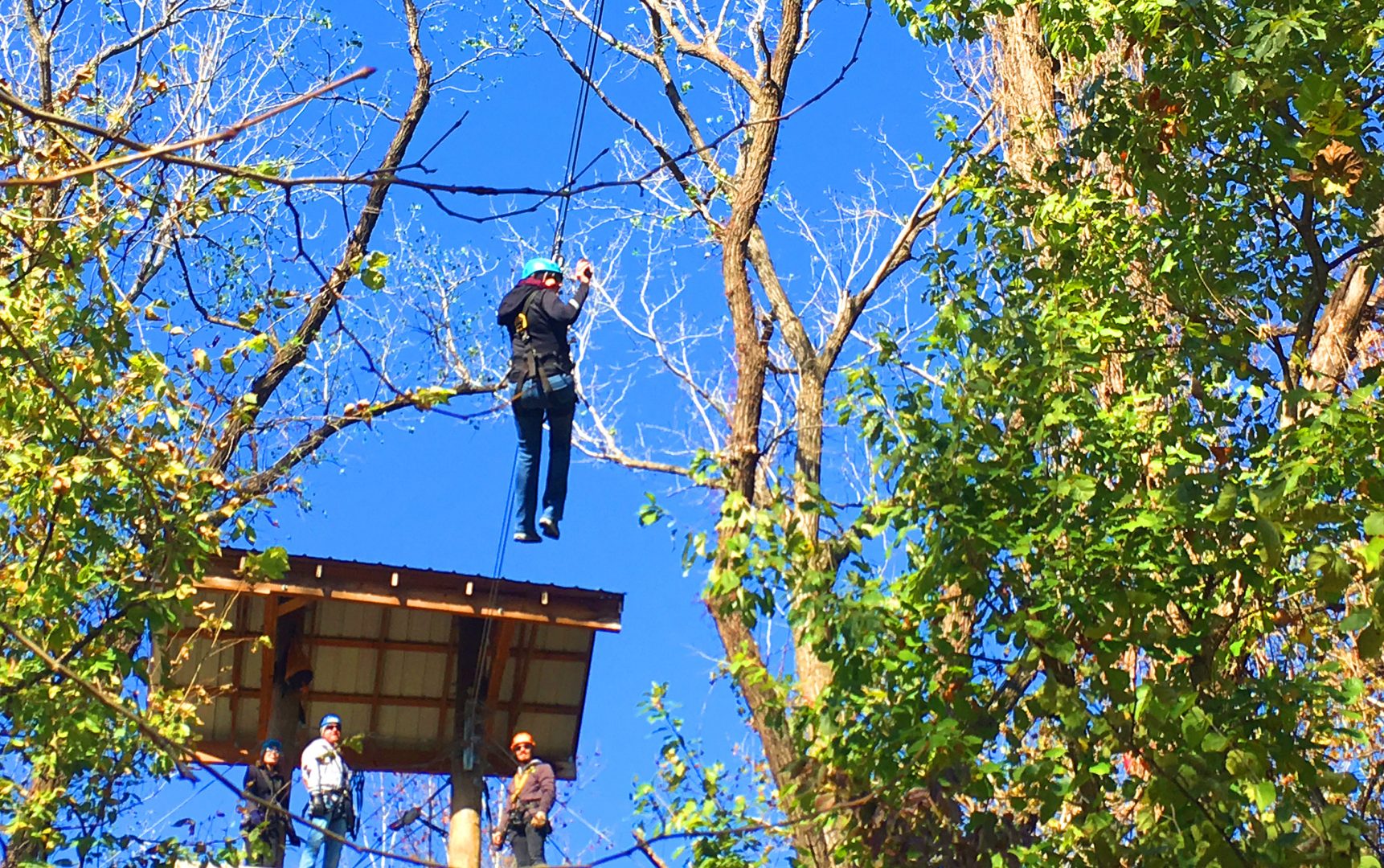 Then, make an appointment to soar through the treetops and across the Kansas River at Zip KC. Featuring 9 zip lines that transport you from station to station at speeds reaching 50 mph, Zip KC has various tours available. Advance reservations are required. 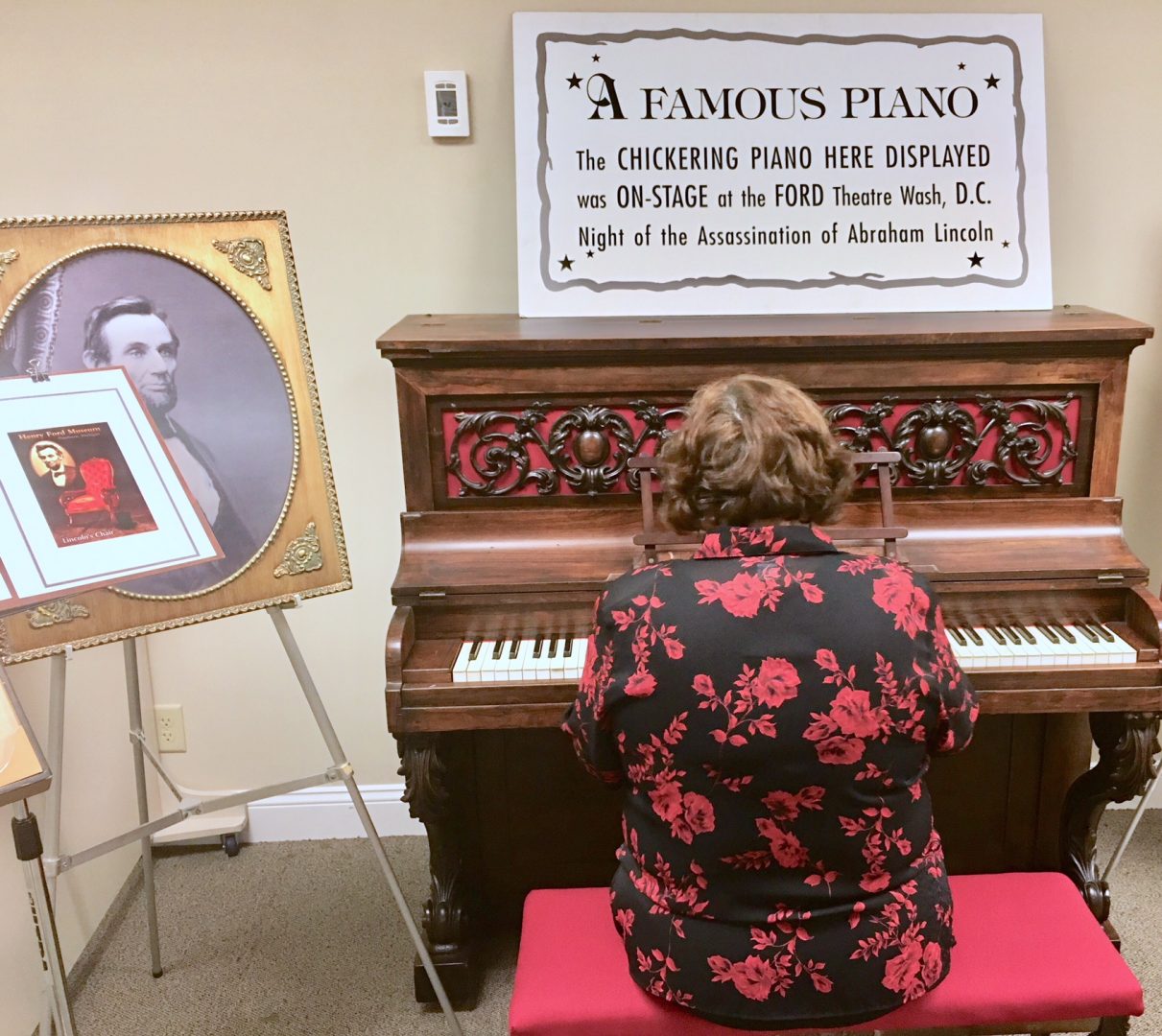 Finally, take a short, 10-minute drive into Kansas City to the Piano Technicians Guild, also known as The Jack Wyatt Museum. Founded in 1994, this little-known location houses some of the most unusual pianos you will ever see, including miniature versions. They currently have the Chickering on display that was used on stage at Ford’s Theater in Washington D.C. the night of Lincoln’s assassination.

As you can see, any trip along I-70 through Kansas isn’t complete unless you take the time to explore a witch’s brew of quirky sights and attractions. Here, you will find some of the most delightful diversions hiding in plain sight in America’s Heartland.