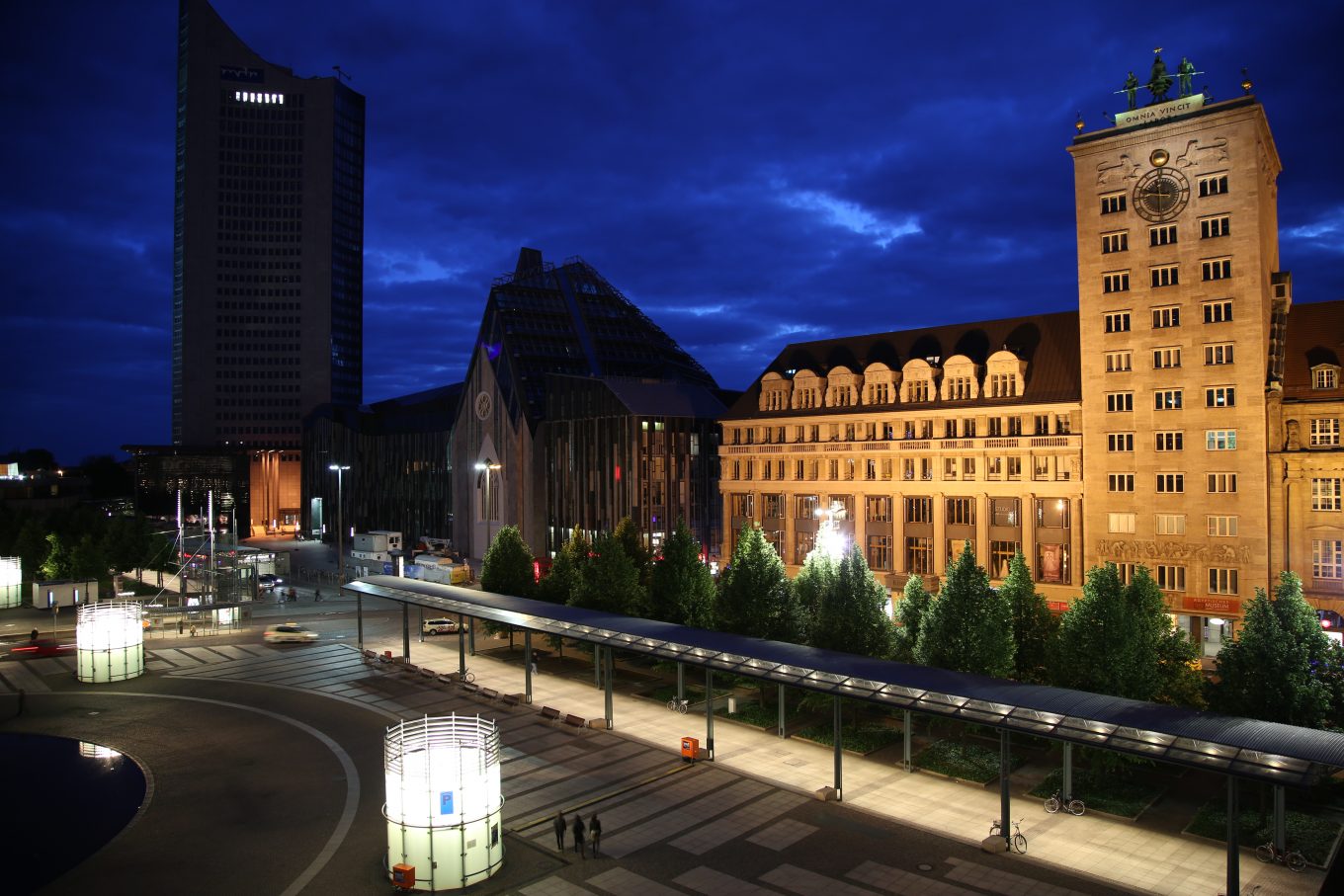 Located in the East German state of Saxony, at the confluence of three rivers, Leipzig has always been a historically important city. Many notable figures of history have lived here and its citizens were instrumental in bringing about the fall of communism in Eastern Europe. Today, while honoring its past, Leipzig is steering a clear course for the future with a vibrancy for and love of the arts, architecture and tourism.

During the days of the Roman Empire, Leipzig was considered a primary trade city owing to its strategic location along major roads such as the Royal Highway (Via Regia), which stretched from the Rhine to Frankfort. Also known for its culture and music, Leipzig was also home to Bach as well as Wagner, Schumann and Mendelssohn.

Bach was, forgive the pun, instrumental in the early development of the St. Thomas Church Choir, and its conductor from 1723-1750. Today, the St. Thomas Boy’s Choir of Leipzig honors Bach in its repertoire and delights audiences all over the world.

During WWII, the city was moderately bombed by the allies and much of its culture and creativity suffered under the rule of the communist German Democratic Republic (GDR) and their authoritarian secret police known as the STASI.

During the 1980s, some of the local citizens started meeting at St. Nicholas Church every Monday to pray for peace. This led to a series of non-violent demonstrations against the GDR regime. On October 9, 1989, 70,000 marched and chanted, Wir sind das Volk! (We are the people!). Instead of a massive crackdown by the government, larger demonstrations followed and by November 9, the Berlin Wall came down, owing, in part, to the pressure exerted by the Leipzig residents. The building once used by the STASI, located in the round corner, is now a museum and a testament to the brutality of the past.

In recent years, Leipzig is emerging as a tourist mecca with museums, restuarants and historical sites to explore. One such area that is being reclaimed is known as the Leipziger Baumwollspinnerei (Leipzig Cotton Mill). Situated in an industrial zone and constructed with tons of red bricks, this was once the largest cotton mill in Europe. Today, it houses art galleries, artists’ studios and exhibition spaces.

The Leipzig Opera House is the third oldest bourgeois musical stage in Europe and is as beautiful inside as out. It is located on what used to be known as Karl Marx Square, the site of the Quiet or Peaceful Revolution of 1989.

Looking something like a large hued-green cube, the Museum der bildenden Künste or fine art museum houses more than 3,500 paintings. During my visit, I saw works by Degas, Monet and Max Klinger. Other museums are the Bach Museum, STASI Museum and the GRASSI Museum of Applied Arts. The latter includes more than 1,500 works inspired by Art Nouveau and Art Deco.

Beautiful buildings are everywhere and the Old City Hall is a glorious example of Rennaisance period architecture. On weekends, the adjacent market square comes alive with vendors turning the area into a farmers’ market and offering everything from eggs to cheese to flowers. Each hour, the clock tower chimes, as if to punctuate the unfailing spirit of the city.

The Zum Arabischen Coffe Baum is one of the oldest surviving coffee houses in Europe. Among its famous guests were Bach, Goethe and apparently, even Napoleon.

I never went hungry during my visit as there are numerous restaurants and sidewalk cafes. Grilled bratwurst with German mustard was something I could always find from local vendors and was culinary nirvana when served on a crispy roll.

On another day, I stopped at a local café whose specialty was soft serve ice cream with all manner of combinations that included orange syrup, Grand Marnier, chocolates, and whipping cream. In the interest of research, I came back twice just to make sure I didn’t miss anything the first time.

The most famous restaurant in Leipzig is Auerbachs Keller, once mentioned in Goethe’s Faust. Located downstairs in a shopping arcade, this establishment was started as a wine bar for, among other things, students. Its origins can be traced perhaps all the way back to 1438. Nowadays, they serve local cuisine and I can honestly say that my roulatin, red cabbage and dumplings, were the best I have ever had—anywhere. I think I would come back to this city just to try this dish again.

There are many other things to see and do here, of course, and I have really just scratched the surface. There are tour buses that can show you the sites, and you can take a boat ride along more than 200 km of waterways and canals that intertwine themselves around the city.

Once you come for a visit, you will find that this former member of the GDR has turned itself around in a big way with tourist visits that rival other major cities such as Dresden. Whether it is art, music, food, or history, Leipzig is one destination that will not disappoint.

Listed as #2 on Tripadvisor, this hotel

is just a short walk from the train station

and close to the city center. They have

a free breakfast each morning.

FTC Disclaimer:  The transportation, meals, accommodations and attractions were sponsored by the partners mentioned in this article. This did not affect my decision to review these in an honest and forthright manner.