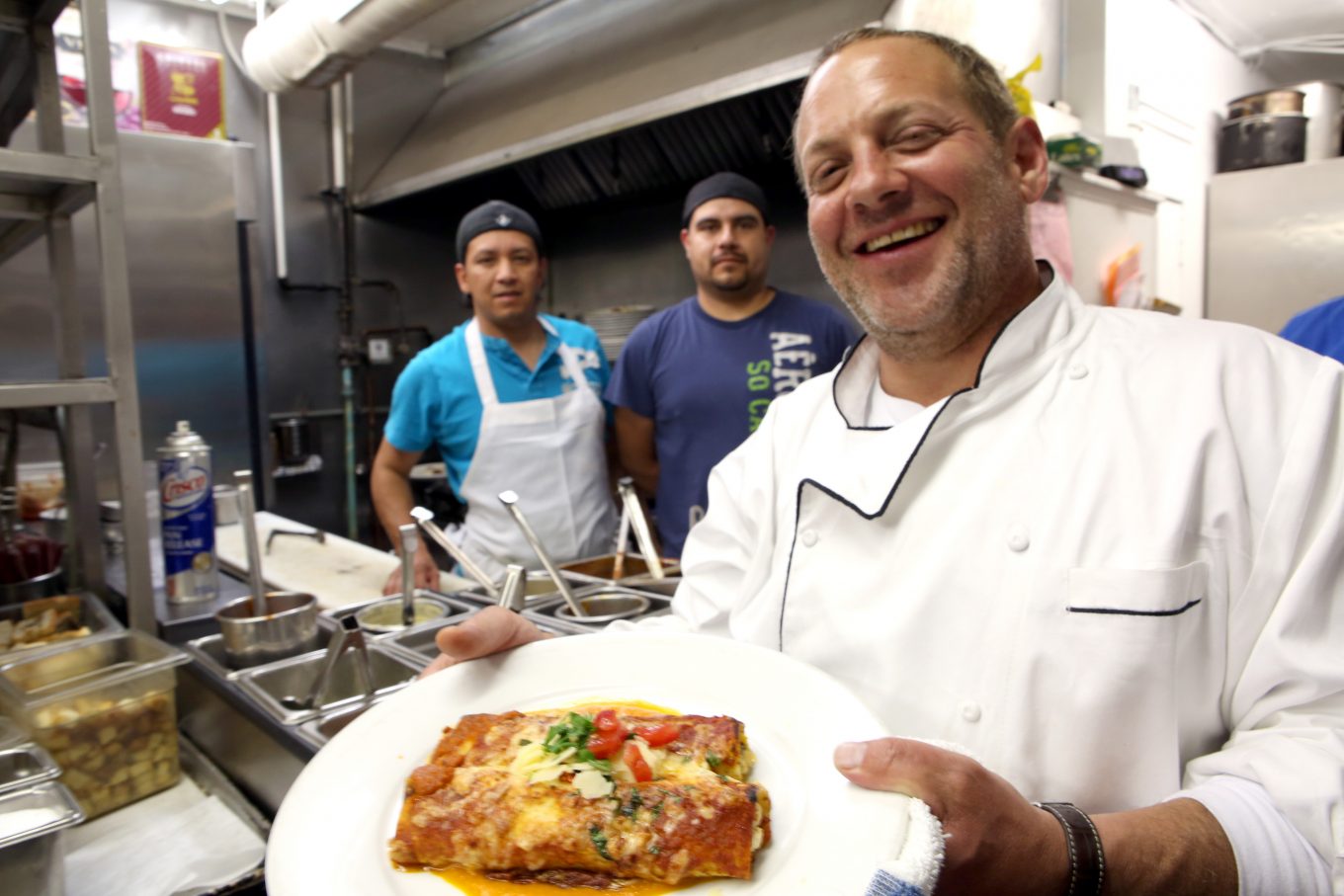 Just when you think you have defined Santa Fe, it does something to surprise you. After all, this is a city with a rich Southwestern heritage, eclectic boutiques and shops, sidewalk cafes and restaurants. Behind the obvious though, Santa Fe is a town that thrives on quirkiness and individuality.

Ask most Santa Feans to describe what makes their city unique and they may have a difficult time explaining the offbeat vibe and sense of history and spirituality that permeate Santa Fe. The city was originally known as La Villa Real de Santa Fe (The Royal Town of Santa Fe) under the Spanish governor Don Pedro de Peralta in 1608, a distinction that makes Santa Fe the oldest continuous capital in the United States.

The tree-lined central Santa Fe Plaza is a focal point today and is a hub of activity for locals sharing conversation, street vendors selling food, musicians playing for the crowds, and tourists taking in the sights. Built in the Spanish-American colonial style of a typical city, the Plaza was also the ending point for the Santa Fe Trail, which started in Missouri and made its way 800 miles west. This was also part of the first road system in the U.S. known as El Camino Real, bringing settlers from Mexico City over the border to the capital city. Some say that the Plaza serves as a mystical energy vortex due to the sacred ground beneath, previously occupied by Native American tribes and containing their ancient burial sites.

On one side, you will find a single story adobe building known as the Palace of Governors. This was constructed during the 17th century and served as the seat of power for Spain’s government, an area that is now known as the American Southwest. On the outside wall, known as the portico, members of New Mexico’s 23 tribes and pueblos gather early to arrange their hand-crafted items for sale: pottery, textiles, jewelry, silverwork, woodcarvings, and beads.

Today, the Palace of Governors serves as a museum and repository for much of the history of New Mexico and Santa Fe, shown in exhibits and displays of paintings, artifacts and religious statues. One of the more interesting historical figures, who once occupied the residence, was General Lew Wallace. Wallace served as a Union general during the Civil War and later became the territorial governor of New Mexico. He is probably best known, however, as the author of the novel Ben Hur, A Tale of the Christ, which he wrote in the palace. Even though Wallace had position, authority and influence, he seemed frustrated by the inscrutable nature of Santa Fe when he penned the now well-known phrase, “Every calculation based on experience elsewhere fails in New Mexico.”

Still, the city’s charm, ambiance and diversity cannot be denied, attested to by the numerous accolades that have been bestowed upon it, including the #1 Cultural Getaway (Travel + Leisure 2012) and #1 Independent Boutiques (Travel + Leisure 2012). Walking around the outskirts of The Plaza and discovering the many retails shops, museums, art galleries, boutiques, and restaurants is a popular pastime. There is something for every taste and budget, from eclectic to simple and understated.

What makes Santa Fe such an exciting place to explore is finding those hidden gems that dot the landscape. One good example is the mysterious spiral staircase located in the Loretto Chapel. Constructed in 1878, the chapel was still missing a way to reach the choir loft, 22 feet above. The only solution from the local carpenters seemed to be a simple ladder but that would have limited the small interior space. One day, after the sisters of the chapel made a novena to Saint Joseph, the patron saint of carpenters, a mysterious man appeared along with his donkey and a toolbox. He was hired and several months later a beautiful circular staircase was revealed, the construction of which still baffles experts to this day. What makes the story even more inexplicable is that the man disappeared without a trace despite many efforts to find him, leaving some to speculate that he was Saint Joseph himself.

The quirkiness factor can also be found in the creativity of shop owners along Canyon Road. Here, you will find local artisans in converted adobe homes with lavish landscaping and colorful signs out front beckoning you to come in to browse. Each day, thousands of people flock to this magical half-mile, which features no less than 100 art galleries, artist studios, trendy boutiques, jewelry stores, (Turquoise and silver are quite popular.), and restaurants. You can find everything from clothing with Native American motifs to giant metal wind sculptures slowly turning in every direction, prodded by the gentlest of breezes.

There are several companies that provide narrated tours in Santa Fe, which include stops along Canyon Road. Most of the galleries are open from 10 am- 5 pm, and on the 4th Friday of each month, many offer free beverages and a chance to meet the individual artists.

As you might expect from a city famous for creative culinary arts, Santa Fe offers a plethora of innovative and tasty traditions. The Farm to Restaurant movement has been a big hit here where some 20 farmers provide fresh, in season produce and local specialties like red and green chilies, onions, cucumbers, zucchinis, beets, and tomatoes to some 30 restaurants in as little as 15-36 hours from harvest to plate. According to Nina Yozell-Epstein, the Farm to Table Director, “If people really want to experience New Mexico, they must taste its love and tradition. You’ll have the opportunity to sample these at (participating) local restaurants.”

In Santa Fe, you can find Spanish tapas, regional cuisine and retailers specializing in their particular passion. For some, that means chocolate. In fact, you can even follow your own self-guided chocolate trail to see how the humble cocoa bean is transformed into all sorts of tasty treats.

At Kakawa, for example, you can forget about a cup of joe and instead try any of 16 different types of European drinking chocolate. Owner Tony Bennett (Yes, just like the singer.) reinvents local ingredients into delicious concoctions such as The American, made with almond milk, Mexican vanilla and 72% cocoa.

Here, you can experience things you won’t find anywhere else in the United States. At the Inn of the Governors, they serve tea and offer three different types of Spanish sherry daily in addition to a homemade biscochito cookie— quite a civilized way to spend an afternoon.

One of the things you frequently hear from locals who have made Santa Fe their home is how they came here to reinvent themselves on their own terms. Back in the 1800s, it wasn’t unusual for Santa Fe to be known as “a dusty little town with good-looking women.” Later, the slogan A City Different seemed to be an apt description.

However you define it, originality, imagination and individuality combine here in a town that loves to share and celebrate its rich, diverse heritage. In Santa Fe, it seems as if no two days are alike, making this the ideal destination to explore again and again.

FTC Disclosure: Promotional considerations and sponsorship were provided by the suppliers mentioned in this story.

Inn of the Governors: www.innofthegovernors.com

This is beautiful hotel in the heart of Santa Fe within a short walk to The Plaza. Rooms are decorated in a Southwestern motif with a free hearty breakfast (Sunrise Breakfast) each morning as well as tea and Spanish sherry in the afternoons at 4 pm. Their saloon, Del Charro, has been named best bar offering the best margarita in Santa Fe.

Located about 15 minutes from Santa Fe, this resort is situated on 57 quiet and serene acres in the Sangre de Christo foothills. They offer 65 casitas with all the amenities and free shuttle transportation to and from Santa Fe.

A Spanish tavern serving tapas and a nice selection of wine, they have both patio and indoor dining. Try the coca de Taberna house-made flat bread with sautéed crimini mushrooms, melted manchego, sage, and truffle oil ($12).

Part of the Farm to Restaurant program, they have a full line of soups, appetizers, burgers, and New Mexican food. You can wash all that down with their handcrafted micro beers with catchy sounding names like End of the Trail Brown Ale.

Their on-site restaurant, Terra, is overseen by Chef Andrew Cooper who not only creates his own freshly prepared cuisine but also grows some of his own produce and offers chef tables and culinary classes. These are so popular and salsa dancing and conga lines have developed spontaneously in the kitchen.

Located in the shadow of the Loretto Chapel, Luminaria is the perfect setting for a slow dining experience on the outside patio. Start with one of their daily signature cocktails while enjoying the sweet red chili biscotti with pumpkin seeds. Their chef is currently creating a “progressive new Santa Fe menu,” which is sure to please.

Owner and manager George Gundrey loves to keep things simple at Atrisco, cooking Northern New Mexico comfort food using local ingredients like his favorite red and green chilies. Gundrey has quite a loyal following with one of the most popular dishes being his roast leg of lamb burrito with cheese and red and green chili sauce.

One visit to Il Piatto will tell you why this restaurant has earned “Best Restaurant” and “Best Chef in Town.” Chef Matt Yohalem, who describes himself as a “French Creole Jewish guy cooking Italian food in Northern New Mexico,” has a passion for all things food that is truly infectious. Customers flock to Il Piatto for pasta and regional specialties and a truly unforgettable dining experience.

Executive Chef Patrick Gharrity was formerly a pastry chef with his own brand of what he refers to as, “simple, local, available” cuisine. Among the top sellers are the pork loin and halibut made to pair well with their extensive wine list. After dinner, step over to their La Cantina lounge where the servers entertain with renditions of popular songs and Broadway hits.

Situated in a non-descript little strip mall on the edge of town, Joe’s is one of those hidden gems that you might be tempted pass up. If you do, however, you will miss one of the city’s best places to dine. Chef Joe Roland is a huge supporter of the Farm to Restaurant movement and serves up not so regular entrees like grilled sea scallop on sautéed bok choy and grilled eggplant with cherry tomato relish and fresh basil.