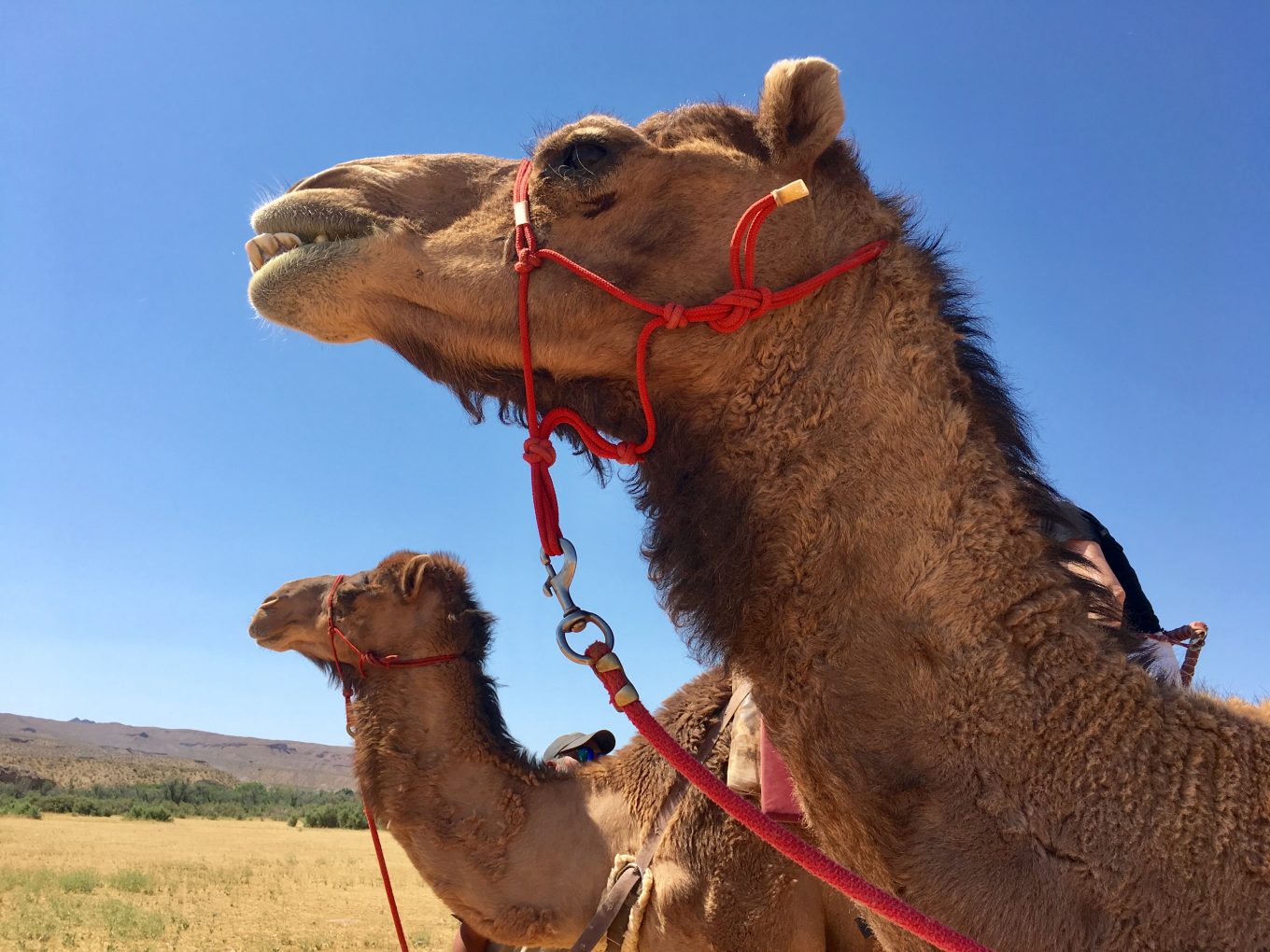 Beyond the glitz and glamour of the Las Vegas Strip, there is another part of Southern Nevada, undiscovered by many, that defies expectations for the intrepid traveler. Despite the warm desert climate, Primm, Boulder City, and Mesquite are off the chart for their coolness factor, offering everything from helicopter tours of Hoover Dam to unexpected culinary delights.

All three locations are about an hour’s drive from Las Vegas, starting with Primm, located south along I-15. Before you get there, however, your attention will be drawn to painted granite rocks known as the Seven Magic Mountains. This outdoor art display in the middle of nowhere is a great photo op, and the artist has similar displays all over the world.

Located at what used to be known as Stateline on the Nevada- California border, Primm can be described as a collection of three casino resorts including Whiskey Pete’s, Primm Valley, and Buffalo Bill’s—  each with its own personality. Whiskey Pete’s and Buffalo Bill’s have a western motif with the latter offering a high-octane roller coaster and log ride with electronic target shooting. Primm Valley looks like an East Coast beach or golf resort from the exterior and has a more contemporary design.

Whiskey Pete’s also has the distinction of being the final resting place of the Bonnie and Clyde Death Car. The vehicle, bullet holes and all, along with newspaper articles and a video are on display in the lobby.

In addition to casinos with on-site resorts and eateries, one of the biggest draws is the adjacent Fashion Outlets of Las Vegas. This is an indoor mall featuring 70 stores with a miniature steam train that you can take to explore it all in style.

Head north about 20 miles to the tiny town of Goodsprings and the Pioneer Saloon for breakfast. It was here that Clark Gable waited for word about the fate of Carole Lombard, whose plane crashed on a nearby mountaintop in January 1942. One entire wall is devoted to the couple.

The Techatticup Mine is a little-known attraction about an hour’s drive south, then east, in the Nevada foothills. Started in 1864, the mine employed around 140 men and became the oldest and richest gold and silver mine in Nevada. Today, you can tour the 600-foot deep remnants of a bygone era.

Boulder City will be your third destination and is a short drive north. There are a couple of attractions you won’t want to miss along the way. The first is a helicopter tour of Hoover Dam during which Papillon Helicopters offers a short but spectacular bird’s eye view of the dam and surrounding area.

The second is Black Canyon River Adventures and their short or longer rafting trips for that perfect postcard shot!

Boulder City was built to house the workers who constructed the Hoover Dam from 1931-1936. Today, this tranquil town of 15,000 is a popular spot for retirees and is considered a hidden gem by locals.

Foodies will want to start their culinary exploration with a Chicago style dog at Mom’s Hot Dogs on the main drag (Nevada Highway) where a Massachusetts transplant serves hot dogs as well as Rhode Island’s famous Del’s® frozen lemonade along with a big smile and infectious humor. And don’t be surprised if you see your name in mustard!

Right across the street at Chilly Jilly’z, Jill Bunch serves soft serve in the form of frozen yogurt; custard (named best in the state by BuzzFeed); and Dole Whip, the pineapple frozen treat that enjoys a cult following. Don’t leave without trying the iconic and oh so tasty Broaster® chicken.

Defying the old adage of location, location, location, Fox Smokehouse BBQ is located in a business district but that hasn’t stopped hungry patrons from beating a path to the door. The taste-tempting brisket and ribs have earned this joint high praise on Yelp and also with barbecue aficionados.

World Famous Coffee Cup Café has been featured on the Food Network for their Pork Chili Verde Omelette, and owner Terry Stevens has even installed a tiki bar serving up great libations.

In addition to great food, Boulder City has a couple of other unique distinctions: It is the home of Fisher Space Pen® Company. Invented in 1966, this pen was used on Apollo 7 for its ability to write upside down in zero gravity. Today, the company sells 80 models that write underwater and on almost any surface.

If you ever saw the movie Big, you are probably familiar with the name Zoltar. This mysterious wizard in the box who tells fortunes is also manufactured here in Boulder City. After purchasing the trademark name in 2006, Characters Unlimited came up with their own design and ship their fortune telling machines all over the world. Your wish has been granted!

On your way northward towards Mesquite, you will want to deviate a bit and take the Lake Mead Northshore Road through Valley of Fire State Park. With massive red-hued sandstone rock formations, this park rewards with spectacular vistas of the Mojave Desert.

Situated about 80 miles northeast of Las Vegas in the Virgin Valley, the city of Mesquite is a golfer’s paradise with seven 18-hole golf courses. It is also popular with snowbirds and gamers who love the laid-back, relaxed atmosphere and proximity to Zion and Grand Canyon National Parks.

To fully explore the surrounding desert, book a UTV Tour with Adventure Time Tours. You can choose to explore canyons and valleys on your own (GPS provided) or with a guide. Either way, you will have a blast on these all-terrain, state-of-the-art vehicles.

There are several excellent accommodations in the area that include CasaBlanca Resort and Casino and Eureka Casino Resort. CasaBlanca’s incredible water features are front and center with large waterfalls and a gigantic pool area. They host many special events throughout the year such as a balloon festival and barbecue cookout.

For casual fine dining, Katherine’s at CasaBlanca has been listed in the Top 100 Most Romantic Restaurants in the country by Open Table. This establishment offers first class service at affordable prices, and where else in the desert can you find fresh, colossal-sized Florida stone crabs and USDA prime beef?

You can also enjoy upscale dining at Gregory’s Mesquite Grill inside the Eureka Casino Resort. Even though the tables are covered with white linen, the atmosphere is easygoing and fun. Their N.Y. steak, M.O.B.B. style is topped with mushrooms, onions, blue cheese, and bacon and one of their most popular entrees ($39). The service is excellent, probably owing to the fact that it is 100 percent employee-owned—the only establishment like it in Nevada.

With good food, attractions, and quirkiness galore, Primm, Boulder City, and Mesquite are travel destinations that should be on your bucket list. Having just scratched the surface, this part of Southern Nevada is cool in ways that beat the summer heat.

All accommodations, meals, and transportation expenses were provided at no charge for this review.